One of the most asked questions we receive is “Why are you so anti-ABA?” Well, first of all, we’re not anti-ABA, we’re just not in the “ABA is everything” camp. ABA, Applied Behavior Analysis, has done a great job in positioning itself as the “go to” therapy technique for dealing with behavioral issues, especially when associated with autism. In doing so, they have also managed to establish an ideology that views itself as the only acceptable therapy. What is ABA? Here’s a great example from “The Big Bang Theory”.

Okay, while this was a tongue in cheek look, it truly is the ABA technique in a nutshell. “You’re using chocolate as a positive reinforcement for what you consider correct behavior.” Can it work? Absolutely. But is it the best option and should it be used exclusively? We don’t think so. We’ve had families come to us concerned that they were told they shouldn’t be using anything other than ABA and, in some cases, this even included speech or physical therapies! We see parents putting their kids into ABA programs where therapies were even more important than academics or living skills. But what’s most concerning to me is that families are encouraged to never even TRY any other approach to reach their child.

When we first started hearing so much about ABA and all the ABA clinics began opening, we decided to learn all we could about it. After all, we have, and always will be, in favor of anything that helps those we serve reach success. So, we reached out to families that were using, or had used ABA as well as talking with ABA Technicians and Analysts. I have even been through the RBT training class myself to get a first-hand look at ABA’s ideology and techniques. As someone who has worked in this field since the mid-80s and was part of the process of moving individuals from State Institutional settings to community inclusion living, I can tell you there is nothing new or revolutionary here. The idea of documenting, tracking, and adjusting was what I was taught in the 80s. All providers should be doing this regardless of their preferred “technique”. It’s the only way to know we’re making a difference. However, there are some issues I have with ABA itself.

ABA mainly focuses on the behavior itself and not the individual. It is training instead of teaching. Training the behavior out of the individual instead of teaching them why it’s inappropriate. That would require the assumption of competence – something ABA does not do, especially when dealing with more severe issues. Instead, the individual is trained by reinforcing good behavior with rewards, usually a treat. Sound like a technique you’ve used elsewhere? You may be asking what the problem is – if it works, it works. Because it’s always better, in our opinion, when people learn why a behavior is inappropriate, and it’s also important for us to learn what may be causing the behavior so we can help them learn better coping skills. This is never going to happen if we’re assuming incompetence.

Behavior is almost always a form of communication. It may be the only “voice” they have and is probably what’s always worked in the past to get the attention they’re needing. At Henderson Haven, our top priority is giving everyone a voice. It’s amazing how quickly behaviors correct themselves once someone has another way to communicate, and there are many ways to accomplish this. Sherri is one of very few people in this area certified in Facilitated Communication: We’ll take a closer look at FC in a future post. She’s been able to use it to reach individuals that ABA had little to no effect on.

Case in point – a young lady we have worked with for several years was in the very early stages of working with FC. She began to demonstrate a new behavior of banging her head against the wall and floor. Her ABA analyst began a program to “correct the undesired behavior” and even wanted to go so far as to place her in a stigmatizing helmet until it was corrected. By using an early FC technique called Quads, Sherri was able to help her communicate that she was in pain. A trip to the doctor found a sinus infection and a regiment of antibiotics ended the new “behavior”. The ABA analyst refused to even acknowledge she was able to communicate the pain. This is typical when you assume incompetence.

ABA is strictly a compliance-based therapy that focuses on positive rewards instead of intrinsic motivation. It assumes all behaviors we see as objectionable and need to be corrected. To quote the video link again, “Penny’s qualities, both good and bad, make her who she is.” Who are we to say all behaviors WE see as undesirable truly are? Maybe we need to work just as hard on teaching society that not all autistic behaviors are bad. Wouldn’t we all be better off in a world where stemming and “meltdowns” were understood and accommodated instead of being something that must be trained away? But when we do decide there is a need for change, we believe it’s much better to help someone understand the reason we want to change their behavior and get them involved in creating a plan to do so. We also need to have a great number of tools in our toolbox to help make that plan fit their needs. Besides, constantly using rewards, typically treats, has its own downsides.

First, there’s the health issues we’ve seen in the weight gain from some being fed sweets all day. There’s also new research showing that while the positive rewards used in ABA work in the short term, when you stop rewarding or expect the same result in a different setting, it isn’t very effective. This can be especially true for autistic individuals that cling to routines and rules.

Reward based therapies can also make inclusive classroom settings more difficult, as other children want to know why they don’t get candy when they “behave”.

The bottom line is, ABA should be a part of a larger group of tools, not the only option. There are many teaching techniques that can be used to reach people: Facilitated Communication, multi-sensory therapies, or even just taking the time to allow them to help find their own way. But in order to do this, you MUST be willing to assume competence in EVERYONE you serve. Something we have found ABA has a problem with.

So why is everyone moving to ABA as the field they want to work in? In my opinion, money. ABA has done a great job at justifying high reimbursement rates for their “specialized” training. I can tell you that staff that have gone to ABA programs from us have not done so because they felt it was a better option for those being served, they left because they could make more money. I have met with several ABA providers trying to talk me into including it in our services, something we will never do as long as they continue to insist on singling out other therapies as being objectionable, and the reason is never what it can do for those we serve, it’s always because of all the money we could be making. These high rates end up draining the budgets of those receiving it and leaving little left over for the daily care and supports they may need. It also assumes those that provide the needed daily personal supports are less valued than those providing ABA services. It forces families to choose between other needed therapies and even academics, and what they have been led to believe is the only option they have for a successful future.

Before you start typing your outraged comments, hear me out. I’m in no way stating that these issues apply to ALL ABA providers! I’m also not implying that ABA shouldn’t be used under any circumstances. We have worked with and continue to work with several ABA providers. They are wonderful. They work with us as part of a team. They listen to our opinions and are there when we go to them for suggestions. But over the years we’ve found this to be the exception, not the rule. We’ve also had several staff members go into ABA after being introduced to the field by us. We know they go into it with a different perspective and mindset. ABA is now, and always will be, a service option for anyone wishing to utilize it and we’re in no way trying to change that. We’re just wanting to make the case there could be other options that may, on an individual basis, be a better one. Any time someone refuses to acknowledge there may be another way, or refuses to allow another tool to be utilized, a red flag should be raised as to what their true intentions are.

How You Can Support 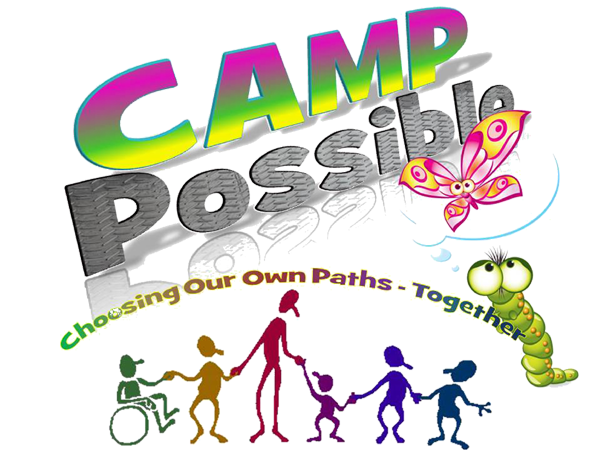 Every child is different and has specific needs that may present challenges.